Hotel Resort Fees? The Feds Are On The Case

It's one of the ugliest surprises in travel. You're checking out of the cushy resort you chose, eager to be on your way, when suddenly something on your room bill catches your eye. Mysteriously, you're going to be pay $15--or $25 or even $30--more per night than you expected.

Thankfully, it's not just you and I who thinks this consumer-unfriendly "gotcha" is a bad idea. The Federal Trade Commission announced this week that it had contacted 22 hotel operators to warn them that their websites might be violating the law, by "providing a deceptively low estimate of what consumers can expect to pay for their hotel rooms." 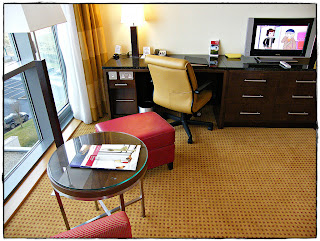 It's a practice the FTC calls "drip pricing"--and that doesn't refer to the "drips" who create these types of deceptions. Instead, it's a practice in which the business only advertises one part of the price every customer will have to pay. "Consumers are entitled to know in advance the total cost of their hotel stays,” said Federal Trade Commission Chairman Jon Leibowitz.  “So-called ‘drip pricing’ charges, sometimes portrayed as ‘convenience’ or ‘service’ fees, are anything but convenient, and businesses that hide them are doing a huge disservice to American consumers.”

Though the FTC declined to reveal which hotels it has contacted, it's wonderful to know they're on the case. And it provides a means of redress to citizens who feel they've been unfairly charged fees they didn't know were coming. Now, they don't just have to rely on the goodwill of the hotel manager to get the charges reversed. They can contact the feds!
Posted by Pauline Frommer at 10:30 AM