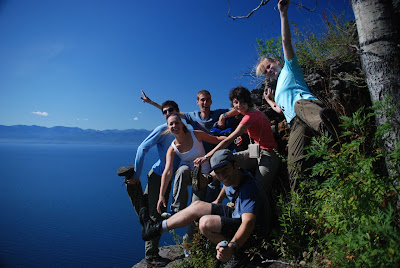 Group discounts: the holy grail of travel. Everyone wants one, and groups as small as six often assume they're entitled to 'em.

But not so fast. Traveling en masse is not necessarily a money saver, as a recent piece in the New York Times pointed out. Airfares, for example, don't go down if you try to pack the plane with your relatives. And the rules governing who gets pricing help and who doesn't are strict.

Here are some other tips, culled from that article (plus some of my own):


Pauline's tip: You're more likely to get even more perks if you book with a cruise specialist rather than directly with the cruiseline. That's because those agencies that move a lot of inventory are rewarded with perks--free upgrades, onboard ship credits, etc--which they can then pass on to their customers. A few sources among the many to look at for these extra perks: CruiseCompete.com, CruisesOnly.com, Cruise.com, VacationsToGo.com, CruiseBrothers.com, CruiseStar.com, CruiseLocator.com
Hotels
Pauline's tip: Think beyond hotels when you're traveling with a group. Often renting one or two very large houses with multiple bedrooms will be much more cost effective. And your group will have common space--living rooms, kitchens, yards--to socialize in.
Convention and Visitors Bureaus
Obviously there are more tips than these for group travel. I once interviewed a gentleman who put together his own bike tour each year for his family and 20 of their cycling buddies. It cost less than going with an established company and he enjoyed the process of researching and setting up the rides. I've also known people to use dude ranches and national park campgrounds for group getaways. Really, anywhere individual travelers can go, groups can, too. You just need some poor sap in charge, doing all the gruntwork. (Sigh: usually that's me in these sorts of situations).
Posted by Pauline Frommer at 12:01 AM