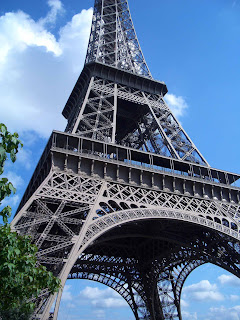 I've blogged here before about the little-known XL Airline, a carrier that doesn't seem to care much about its North American clientele. How else to explain that it really only advertises in Europe, and doesn't appear on any of the major online travel agency sites such as Expedia or Travelocity.

But its snub can mean great rates, especially on its newer routes. Thanks to Travel Rob, who told me about the $664 round-trips the carrier is selling for travel this summer between Miami and Paris. Probably the best way to snag one is to be flexible with your dates, and use an engine like Momondo.com or CheapoAir.com, two of the few English-language sites that list this carrier.

A friend flew to France on XL last summer and reported back that though the booking process wasn't easy (I believe she had to try several dates before she found one with a good price for her family of four), the flight itself was absolutely fine. Needless to say she was thrilled with the savings.
Posted by Pauline Frommer at 12:00 AM