A Plea for Less Restrictive US Visas

Several years ago, I interviewed a fellow who ran furniture shows in different markets across the United States. Dealers and manufacturers from all over the world attended these expos; at them deals were forged, products bought and sold and jobs created.

Sadly, after 9/11 his business cratered, the number of attendees at his show having dived by a full third. The problem wasn't a fear of terrorism or a downturn in the furniture market but the inability of international manufacturers to obtain visas and get to the shows. 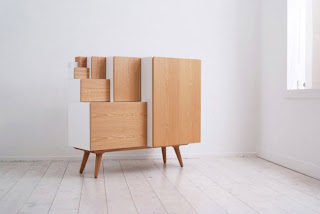 I asked how that could be and he gave, as an example, the problem of businessmen in Brazil. At that time, there was only one Visa-giving embassy in that vast country, located in Sao Paulo. While Sao Paulo is a big center for furniture construction, it was rivaled by other areas of the country (such as Brazil's southernmost state Rio Grande do Sul) which were thousands of miles,hours by plane, from the capital. Businesspeople in these areas, in order to head to the United States, had to fly to Sao Paulo and stay in a hotel. If that wasn't expense enough, visa applicants were required to leave their passports behind for processing, picking them up when ready (and apparently it could sometimes be several days before they were ready). With the cost of domestic air, and a several nights stay in a Sao Paulo hotel, many simply ditched the idea of attending and took their business elsewhere.

The situation hasn't improved much since then, which is why I was heartened to hear that a bi-partisan bill is currently being considered that would ease visa restrictions. Introduced by tourism caucus co-chairs Senator Amy Klobuchar (D-MN) and Roy Blunt (R-MO), the new regulations would allow previous visa-holders to forego the required in-person interview, if they apply for another visa within four years of obtaining their first one. The bill would also allow the State Department to re-allocate the money from visa fees to allow the hiring for more personnel in areas that most need it. And the Congress is asking the State Department to make particular efforts for improving the visa application process in India, China and yes, Brazil, areas with huge demands (and, in the past, huge waits for visas).

By some estimates, 1 out of every 11 Americans work in the travel industry in some capacity, whether at hotels, airports, trains, parks or restaurants that tourists support. So the visa issue goes well beyond the needs of business travelers. In the decade since 9/11 we've welcomed thousands fewer international tourists than we could have, and that, in turn, has lost this country hundreds of jobs.

Contact your representative today (go to www.senate.gov or www.house.gov) and let them know you support more intelligent, flexible visa policies. For the sake of our economy, ask them to support the International Tourism Facilitation Act.
Posted by Pauline Frommer at 12:01 AM