A Quick Recap of Some of the Big News in Travel 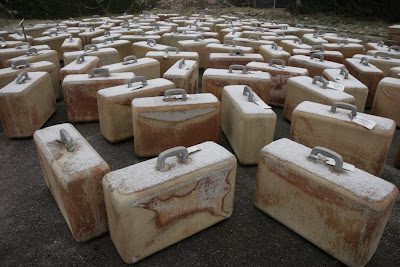 Delta To Become a Minority Partner in Virgin Atlantic: But sorry folks, there won't be combining their frequent flyer programs, at least not for a while. Instead, this is seen as a move to grab the lion's share of the business at Europe's busiest, and most tightly controlled (in terms of landing space) airportt: London Heathrow. For a full article on the implications of the deal (which, frankly, I find unclear), click here.

London Taxis To Offer Wifi: Now the question becomes, if you stand near a parked one, or drive alongside, will you also be able to pick up a single? (You'd know why I'm asking if you ever sat, with your heart in your mouth, watching the meter in a London taxi cab tick through the roof!). Passengers will have to sit through a 15-second ad every 15 minutes to stay connected. Full information here.

Another delay on the implementation on new TSA rules: Chalk it up to the power of the airline lobby. The TSA has announced it will push off, until May, the implementation of rules that would force airlines to be more transparent about the ancillary fees they're charging. Sigh. Here's the scoop on that.