Billions in Ancillary Airline Fees
So the Federal Government needs to put on the brakes before we head over the "Fiscal Cliff"? Perhaps our politicians should be taking their cue from the airlines, masters at squeezing every last penny from the people they serve. Boehner and Obama: Take a page from Spirit Airlines and charge a dollar more fee for everyone who brings a bulky backpack onto a public bus or subway. And use their explanation, too: that the other passengers will be much happier not having to deal with those bulky packs. Or how about dividing up families in public places, say restaurants, playgrounds or amusement parks and then have them pay a "priority" fee for the right to watch over their kids? My guess is priority access to the DMV or Post Office would be a big money maker, too.

Heck, the airlines earned $1.6 billion in ancillary fees just in the last 3 months, an uptick of 5% over last year. If its happening in the skies over Washington, DC why not in the capitol itself? 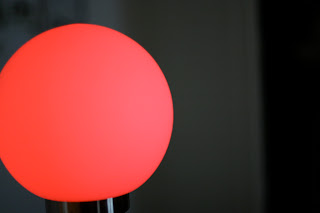 A New Airline With a Name From the World of Makeup
Air Canada must be, er, blushing with pride about the birth of its new, low-cost off-shoot Rouge. How else to explain the odd name? The airline will fly from Canada to vacation destinations in Europe and the Caribbean. Its planning on keeping costs low, according to Reuters, by squeezing more seats on the plane and paying flight attendants and pilots less than Air Canada staffers make. Which doesn't sound like the formula for a very pleasant ride to me (unless one enjoys bruised knees and surly service). But perhaps I'm being too cynical. A touch of rouge on my cheek my distract attention from the worried smirk on my lips.

Liftopia Sale for Christmas Eve and Day
Though Christmas week is often one of the busiest weeks of the year for ski resorts (and the recent dump of snow on the Rockies should add to that), not enough folks hit the slope on the actual holiday, it seems. To remedy that, Liftopia.com  is offering a slew of lift ticket discounts (of up to 67% off) to, well, everywhere there's ski lifts. To snag the savings, click on the link above.