Just this past weekend, we interviewed Robert Niles of ThemeParkInsider.com about Disney World's redo of its iconic "Fantasyland" (that's the section of the park that's right behind Cinderella's castle and is home to "It's a Small World", the Peter Pan ride and a bevy of Princesses). The Mouse has finally tackled the issue of sunburns, planting much needed trees to shade guests. More importantly, it's adding a slew of new rides (the Seven Dwarfs Mine, an indoor roller coaster will open in 2014), new restaurants (including a Beauty and the Beast-themed one inside the Beast's castle) and will be doubling up on beloved rides (the Dumbo ride always had the longest lines in the park; now there'll be two of them!). 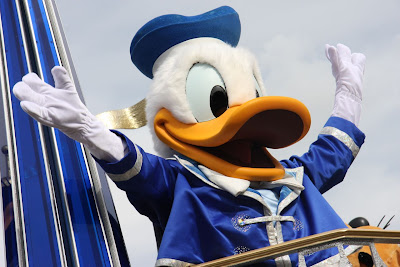 But those projects, while requiring massive amounts of manpower, are not Disney's most innovative move this spring. That would be the new MyMagic+ system, a new payment system so groundbreaking that it's being studied not just by rival theme parks, but also credit card companies, according to the New York Times.

The key to the new system is a rubber bracelet that visitors will wear and simply wave to pay for food and entry (it will be encoded with credit card information). Smartphone alerts will let visitors know when to head to rides in order to avoid lines. Instead of having to wait at kiosks to get "FastPass" tickets, they'll be able to pre-register for up to three rides, helping with gridlock. According to the Times, the system cost somewhere between $800 million and $1 billion to develop. Disney execs are saying publicly the expense was worth it as they believe if they make it easier to pay, visitors will spend more.

The key to the new system won't just be ease of payment though. Disney will be collecting data on visitor's spending habits in order to more effectively market to them for future visits (and other sorts of Disney purchases). These mouse helpers will even know which characters hands you shook! And that character will know who you are, and will be able to say to your child "Hello Pauline" when she meets her, and perhaps "happy birthday" if appropriate (yup, Goofy will have the inside scoop on you and the reason for your visit). And it won't just be the human characters who will be able to have individualized interactions with you and your off-spring: mechanical animals (like the robotic version of Scuttle the seagull at the "Little Mermaid Ride") will greet you by name, and use your personal info to craft a conversation.

If this seems a little too obtrusive know that Disney's taken into account the sensibilities of their guests. When visitors sign up for the MagiBand system, they'll be given a menu of options, letting them customize how much or how little information they want used on their visit.

A final perk for Disney: the use of these bands will prod visitors to do more advance planning (as in the pre-registration for FastPass) which will allow Disney to deploy its staff more effectively.

The only thing I can say about all of this is: Wow. I certainly am impressed and can't wait to try the new systems myself.
Posted by Pauline Frommer at 12:00 AM