Where in the World Are We Going?

Every year, the World Tourism Organization releases its tally of  travel receipts  from the previous year, ranking, by billions spent, the most popular countries and regions in the world.

For region, Europe was the clear winner in 2011. The United States, however, was #1 nation, finally surpassing the amounts spent in 2008 (which had been the most profitable year on record). Travelers in the US shelled out some $116.3 billion last year,  nearly double the amount of runner-up Spain ($59.9 billion). 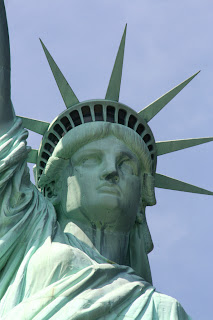 But just who is ponying up all this cash? Do these numbers mean that travel is rebounding across the boards?

Not necessarily. The list above was released the same week three American large studies (by PhoCusWright, TripAdvisor and the US Travel Association) came out, looking at the demographics of who is hitting the road. And just as the rich are getting richer in the US, they're also getting better traveled. Tourists in the highest echelons of society saw the greatest rebound, in terms of time spent vacationing. The rest of us? Not so much. A PhocusWright study showed that 1 in 4 Americans did not purchase a  vacation in the past year. Those aged 45 to 54 ("young boomers") saw the sharpest drop in travel, cutting their time away by 10%. "While it's encouraging to hear travel companies talk about breaking records rather than recuperating from recessionary setbacks, our research demonstrates how the recovery has left a significant part of the population behind,"  Carroll Rheem of PhoCusWright told USA Today.

What's the take away for would be travelers? If you want to avoid crowds, the Americas, outside of the United States itself, will likely be a good option. The same can be said for Africa and the Middle East, and some parts of Asia. Hotel rates, too, should remain reasonable for those booking mid- and lower-priced properties. There's always a silver lining, isn't there?
Posted by Pauline Frommer at 11:14 AM