Savings On Fun in 22 US States 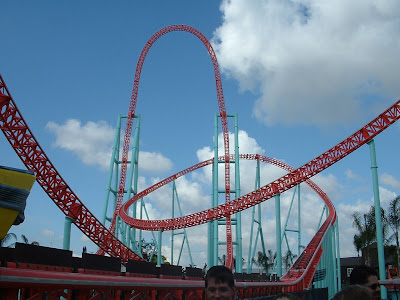 Summer is almost here. Are you stockpiling code-bearing soda cans, scanning your local paper, and going online to cull coupons for theme parks and other attractions?

You should be, if you're coaster-bound this June, July or August. Almost all the theme parks will release special promotions come summer, and they can be real wallet-helpers.

I recently just discovered a site that acts as a good supplement to such major coupon compendiums as RetailMeNot. Called CouponsForFun.com, it focusses on those activities that are good for the entire family. To give some examples, in California, it will get the bearer reduced admissions to the Charles M. Schultz Museum, Legoland, San Francisco's Exploratorium, the San Diego Zoo, Madame Tussaud's (in both Hollywood and San Diego), Knotts Berry Farm, SeaWorld, several Six Flags parks, and Universal Studios Hollywood. That's in addition to savings on whale watching cruises, bike tours, white water rafting adventures and dozens of other attractions beyond the ones listed above.

No membership is required to view the coupons, nor does one have to pay to use them.

Get your printer revved up!
Posted by Pauline Frommer at 11:33 AM