China and Ireland, Back Again In the Discounting Spotlight

Just when I thought I could turn my attention to other areas of the world, the two perennial stars in the race to the bottom (of the price scale, that is) set off more fireworks. In the form of terrific, new offers, that is. 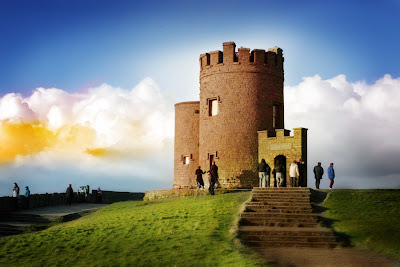 Ireland Including Everything But the Guinness for $899
Sceptre Tours enjoys playing peek-a-boo with consumers. It posts a terrific deal, lets it sit for a week, withdraws it and then amazes again two weeks later. With this offer, would-be travelers must act before July 27 to get the deal (or wait another few weeks in the hope there's another).

Let's break it down. The $899 in the headline covers a LOT, including rental car for a week (manual only at this price), 6 nights hotels in 4 truly lovely locations, airfare from the New York area (other gateways available for an additional cost), all taxes and fuel surcharges. As I said, everything but your pub tab. For $99 extra, Sceptre will throw in massive daily breakfasts, as well as admission to a number of sights you may want to see (Blarney Castle and the Cliffs of Moher among them). Its also possible to extend the vacation by a few days, again for a few more shekels.

The $899 price covers travel from November 1 through February 28, and as with all packages is per person, double occupancy. March and October prices are just $100 more. Click on the link at top for more information.

$999 Once Again for Beijing and Shanghai
Earlier in the week, I told you about China Spree's offer. Well, SmarTours one-upped it. Instead of offering 7 nights in these two fab cities for the price above, it gives the travel 8! That's five nights in Beijing and three in Shanghai. As with the ChinaSpree offer, the price covers airfare from the US and in country, ground transportation and breakfasts.

The difference, however, is made up for by the lack of tours on the Smartours offer (they're all optional and will cost extra). As well, ChinaSpree throws in three lunches.

Still, if you just want a good deal for China (one that comes in at about what the airfare alone would cost), this is a nifty option. Again, you'll want to click on the embedded link for more info (including the exact dates of the offer, which are scattered from November through March).
Posted by Pauline Frommer at 12:00 AM