Feel Like You're Being Taken for a Ride? You Must Be On An Airplane

Regular readers to this blog know that I have a love-hate relationship with the airlines. Yesterday was love. Today......

My gripe? In an industry that's highly subsidized by the US government (which spends millions of dollars each year on airport maintenance, safety checks and other regulatory tasks), should the airlines be allowed to impose fee after fee after fee, burdening the tax-paying traveler with expenses for items that were included for the last, what, 30 years? And how transparent should they be about what they're charging consumers? Finally how often should the airlines be allowed to change the rules on the consumers? 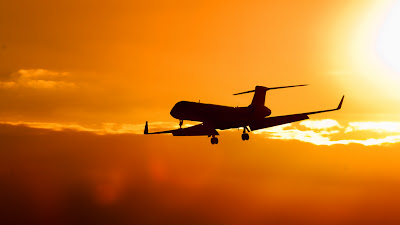 I ask these questions for three reasons:

1) A study by Ideaworks in partnership with Amadeus reports that the 50 top airlines in the world earned a record amount of money this year in so-called ancillary fees. Those are the added costs that are often sprung on consumers late in the travel process (such as luggage fees, fees to choose your seat, etc.). How much did the airlines make? A staggering $22.6 billion, a figure that's up 66% in just the last two years. United, Delta, Qantas and American earned the most with these fees, and with their frequent flyer programs. For more on this topic, click here.

2) Speaking of frequent flyer miles, that's where "changing the rules" comes in. American Airlines has notified its members that those miles earned before July 1, 1989--when the miles were deemed "no expiration"--will expire after all. Unless the customers holding these miles earn some more. The move won't affect that many people, but it's backhanded nonetheless. These frequent flyer programs are so rigged, there's little that those who are affected can do to protect their miles without playing the airlines' games. Here's a complete article on this topic.

3) The final entry in today's Hall of Shame of a blog? Fuel surcharges that aren't pegged to fuel costs after all. According to the Los Angeles Times, these surcharges have increased twice as fast as fuel prices in the past year. In fact, a number of flights added higher fuel surcharges in 2009, when the cost of a barrel of oil was high, and then never brought the surcharges down, even after oil prices dropped. On some international flights, the fuel surcharge represents 50% of the entire ticket price, and can add as much as $370 onto the final price tag.

What's there to do beyond complaining to one another. That's a good question. Recently Ray LaHood stated that the Department of Transportation has no ability to regulate, whatsoever, the amounts airlines are charging the public; and how they come up with these fees. In order for the DOT to regulate, the laws will have to be changed. So perhaps its time for us to be contacting our congresspeople.

And I have to say that our representatives do listen when the public yells loudly enough. My Congressman, Jerrold Nadler, will be introducing a bill this month to end one of the most short-sighted of the airline's money making schemes: the expansion of premium seats. The effect of this move has made it impossible for families with young children to sit together without paying exorbitant extra fees. Since this new tactic is dividing families, quite literally, its a safety issue and should be regulated. Let's hope Nadler's bill gains some traction.

To write your Senators on any of these issues, click here. For your congressperson's address, click here.
Posted by Pauline Frommer at 12:00 AM