Virgin Atlantic is adding audio books to its already abundant seat back entertainment options. Does that mean that flight time will become more intellectually stimulating? Has the airline commissioned James Earl Jones to read aloud Thucydides "The Peloponnsian Wars" or Vanessa Redgrave to narrate "War and Peace"? 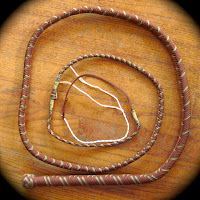 Um, no, that's not the type of stimulation Virgin is going for.

Instead, Sir Richard's staff has garnered itself a headline by picking the titillating best-seller "50 Shades of Gray".  "We want to give our female passengers the chance to enjoy the book in an intimate way, away from prying eyes, " explained Fay Burgin, head of PR, in a recent press release.

At least this means that people will be able to experience this trashy novel without having to spend their hard-earned money on it. Or they could just watch "John Carter".

Its a race to the bottom, ain't it Virgin?
Posted by Pauline Frommer at 12:00 AM