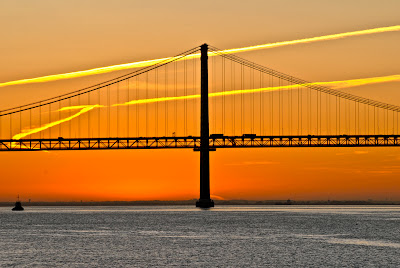 Remember Sim City? The popular computer game revolving around the creation and upkeep of a city? Anyone who played it learned quickly that the fastest way to see your imaginary city fail was to neglect its infrastructure.

What holds true for that game also holds up in reality.  As the ancient Romans knew, civilizations need decent roads to thrive. Without that basic element (and the modern equivalent of roads: airports, ports and railways), business is stymied and communities become cut off from one another. The travel industry, which employs one out of every 11 adults in the US (by some estimates), is particularly dependent on the three R's: roads, rail and runways.

I'm glad to see that our President also understands the vital importance of transportation infrastructure. In a bold move today, he announced that nearly half a billion dollars in unused funds, set aside by Congress over the last decade, will be released to states to use in their transportation  projects. States will have to identify how they will use the money by October 1 in order to get the funding, which will support both new and ongoing projects.

To read the announcement from Secretary of the Department of Transportation Ray La Hood on this matter, click here. For a news item, giving more details on the move, click here.
Posted by Pauline Frommer at 3:02 PM