Hotel Price Fixing? It May Not Just Be a UK Problem 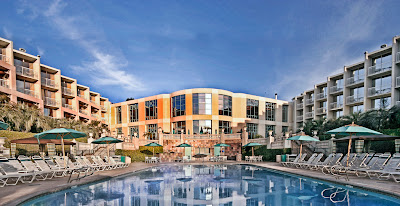 About two weeks ago, I alerted you to a British lawsuit which claimed that many of the major, multinational online travel agencies were strong-arming hotels to fix prices (and not undercut the ones posted on these giant sites).

It didn't take long for that issue to cross The Pond.

Today its being reported that a class action lawsuit has been filed in California accusing Expedia, Travelocity, Booking.com, Hilton, Marriott, Starwood and Sheraton of colluding to fix prices. Steve Berman, a lawyer on the case told the press ""The reality is that these illegal price-parity agreements mean consumers see nothing but cosmetic differences and the same prices on every site."

As most of us have noticed in the past year, prices at hotels have been rapidly increasing in most destinations. The most common explanation has been an increase in the number of travelers hitting the road. But the emergence of these accusations points to other factors, as well.

I'll be watching these suits closely. And hotel rates. Will there be a corollary between the two? Only time will tell.
Posted by Pauline Frommer at 1:05 PM