New Fees (Part 2): Now The Cruise Lines Are Getting in the Act

The airlines wracked up billions of dollars in 2011 by charging  fees for everything from baggage to seat selection to the use of blankets and pillows.

But in doing so, the airlines' popularity ratings, according to the annual American Customer Satisfaction Index, fell to well below that of the major banks and even Time Warner Cable! That's pretty deep hatred they're engendering. 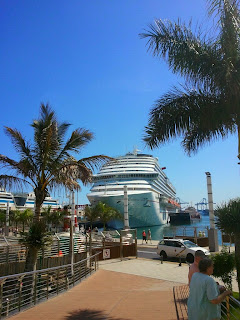 Still, extra income is a potent lure. So it shouldn't come as a surprise that Carnival Cruise Lines has announced it is testing a new fee for its customers. For $49.95 per cabin customers will get priority seating at restaurants, quicker delivery of their bags to the cabin, the right to embark first and other perks.

In instituting this fee,  Carnival is tacitly admitting that not all is hunky dory for cruisers. Lines, delays, limited availability at restaurants--who wants to deal with those problems on vacation, the line is asking. And Carnival, by instituting a two-tier system, will be making these problems worse for those who don't ante up with this new service.

Which sounds like a recipe for deep dissatisfaction to me.

Right now,  the cruise industry has high levels of customer satisfaction. Cruisers are willing to ignore the lines because they know they're getting a lot for their money (cruising is, after all, one of the most affordable vacations available). And they're around a bunch of other people in the same position as they are, when they're waiting to board or hanging out at the pool in street clothes at the start of a cruise. There's a camaraderie to the experience. By pointing up the problems in cruising and creating divisions between passengers, these new fees are likely to undermine that customer satisfaction.

At this stage, Carnival is only testing the new fees on two boats. We'll have to wait and see if it becomes a fleet wide offering, and if other cruiselines try it as well.

Posted by Pauline Frommer at 12:31 PM