Europe's Travelodge Has Great Deals for Winter. But Is It A Risk To Stay There

It's not a term one associates with carefree holidays, is it? The European chain Travelodge's debt woes may dissuade some vacationers from booking. 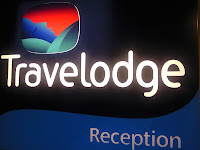 Don't let them! This proud cheapskate has stayed at a number of the chain's properties over the years and have found, with one exception (in London), them to be tremendously friendly, clean and comfortable places to lodge.  In  two words: just fine.

And with the sorts of deals they periodically release, well, its often impossible to get rooms anywhere in the British Isles or Spain for anywhere near Travelodge's rates.

The company just released 20,000 rooms for sale at just 19 GBP (approximately $30). The sale goes through September 3, but having snagged their discounts in the past, my advice is to move quickly: the cheapest rooms often sell out in the first 48 hours. The lowest priced rooms will be in Spain, with a small uptick in price for the British Isles; dates of stay are for Jan 3, 2013 through March of that year. Click here for full info.

As for the debt restructuring, it has been approved by a judge, and will include some 75 million GBP used to refurbish some of the chain's properties. So you might get, along with a great deal, a brand new room.
Posted by Pauline Frommer at 11:34 AM