Guest satisfaction is down.The revenue from additional hotel fees is up.

Hmmm...could the two possibly be related?

According to NBC News (see above), the hotel industry is set to take in nearly $2 billion in additional fees, a figure that's up 5% over last year's take. Bjorn Hanson, a hotel expert and professor at NYU, is the man behind the figures. The uptick can be tied to both higher occupancy rates, and an increase in the number of hotels charging these fees (according to the American Hotels & Lodging Association 23% of hotels now charge for internet access, up from 19% in 2010).

Hanson offered cold comfort when he told reporters he didn't think the fees would go much higher, since the industry had run out of new things to charge for. 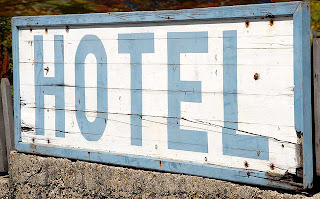 Oh ye of little faith! I have no doubt, Mr. Hanson, that someone in that vast industry will come up with another insidious fee, and soon. With $2 billion dollars above room rates as a payoff, the incentive is too great not to. Perhaps a fee for leaving your room service tray outside your door, rather than waiting for it to be cleaned out of your room? Or how about a fee to use the services of the concierge? Or a fee to use the elevator instead of the stairs? There are so many possibilities!

Several weeks ago, JD Powers and Associates released their latest study on customer satisfaction for hotels. After polling nearly 62,000 people they concluded the satisfaction is down overall since 2011. Internet and wifi access was a crucial issue for travelers.

The study also gave winners and losers, in a number of different categories from several types of luxury hotels to budget properties to extended stay lodgings. Here's how their findings broke down:

Hotel Chains with the Highest Ratings:
Hotels that came in below-average in satisfaction:

Posted by Pauline Frommer at 1:32 PM