No Refunds and No Retroactive Collections, Say the IRS

As the patently ridiculous FAA battle came to a close (for now; the Congress will have to take up the matter again in September) the Internal Revenue System was left with a real mess. Did it have to issue refunds to those who paid the FAA tax, but flew during the time the FAA was in shut down? And what about all those millions in uncollected FAA fees during the shut down? Could the agency swoop in and collect those retroactively? 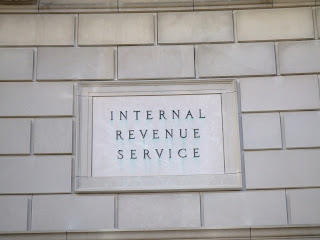 Rather than create another brouhaha, the IRS has chosen the path of least resistance. Sorry, fliers you ain't getting a refund on your FAA taxes if you flew during the shutdown. Yes, you read that correctly. The IRS has reversed its original plan on this point.

And terribly, terribly sorry FAA accountants: you're going to have to work doubly hard to balance the books without the $388 million that would have been collected in taxes during the 14 day shutdown. Your job is also going to be complicated by the issue of back pay for furloughed workers, a huge sum which may be paid out (and, in fairness, should be paid to those who unexpectedly lost their paychecks during this fiasco).

According to the New York Times (see article link above), there are about a dozen issues that must be resolved between the Senate and House versions of the FAA bill come September. So this isn't an issue that will be going away anytime soon. Not to get too high on my horse, but its up to all of us to make sure the FAA doesn't get shutdown once again.

Last week, I devoted a good hour of my time to writing my two senators and my congressman urging them to not leave on recess before putting a temporary bill into place. I won't claim personal credit for the current compromise, but I have no doubt that my emails, and the emails of dozens of other constituents like me, helped push congress to resolve the matter. We should do the same in September.

Don't just yack to one another on Twitter. Make your voice heard, and let your representatives know that their constituents are watching.
Posted by Pauline Frommer at 12:01 AM