25% Off for 2013 Sailings, No Singles Supplement for the Rest of 2012: Norway's Hurtigruten Cruises is Eager to Make a Deal 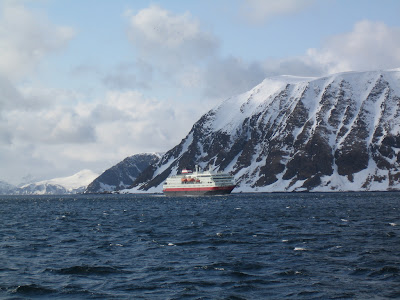 Yes, a winter cruise aboard Hurtigruten is about as far from, say, your typical mass-volume Caribbean cruise as you can get. Problem is: the tab is much higher.

Usually. But Hurtigruten has just announced that it will be slashing its fares by 25% for those who book by Nov 30 for a number of 2013 sailings, which does help. In addition, the line will be waiving the singles supplement for most of its voyages for the remainder of 2012.

One word of caution: if you're used to the non-stop entertainment of a Royal Caribbean or Norwegian Cruise, you may find Hurtigruten a bit sedate. It doesn't feature such entertainments as climbing walls, state-of-the-art gyms, multiple live performances each evening,  and restaurants galore. The emphasis on these ships is scenery and local culture, much less than the ship itself.

Click on either of the links above for more information on Hurtigruten and its offerings.


Posted by Pauline Frommer at 3:36 PM