Speed at the airport--it's as much a status symbol these days as flashing an IPhone 5.

So it should come as no surprise that a luxury hotel chain is using that perk to reward its most loyal guests. 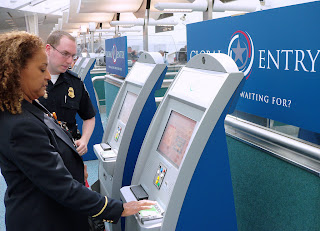 Loewe's Hotels announced this week that it would be giving its elite customers membership in the U.S. Customs and Border Protection program 'Global Entry'. Travelers who have that status are allowed to skip the line when re-entering the United States, using an automated kiosk to scan their passports rather than having to speak with an official. Global Entry folks are also allowed to participate in the TSA's PreCheck screening program which allows them to pass through security shod and with more than the usual amount of carry-on liquids (now that's some perk!).

Global Entry membership costs $100, but Loewe's will be picking up that tab. It cannot waive the interview process, however, that's required for those applying for Global Entry. Applicants must submit their travel history and other personal information before being approved. Global Entry status is good for 5 years.

Loewe's is offering Global Entry fee's just for the next 58 days, and only to customers who have achieved "platinum" status by staying at a Loewe's 10 times in the past year.

Scott Mayerowitz, of the Associated Press, notes that while Loewe's is the first hotel company to offer this perk, others in the travel industry have also been doing it. American Express refunds the $100 fee for its platinum card holders; and United Airlines does the same for its most elite loyalty members.
Posted by Pauline Frommer at 12:00 AM