Most every destination on the planet is getting more expensive to reach by air. Not so with airfares to the Hawaiian islands. A healthy level of competition means most are remaining steady, or, in some cases, dropping like, well, coconuts.

Currently, several consecutive air sales are on the boards. Unusually, these are not just from the big cities of the West Coast but from secondary Western cities as well as inter-island airfares. Here's a run down:
So why should you go to Hawaii this fall? I'll let this photo of Napili Kai Beach do the talking: 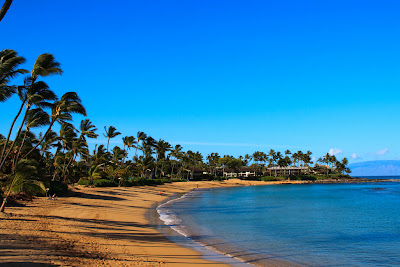 Posted by Pauline Frommer at 12:00 AM