Be a Repo Man (Or Woman): Cruise Savings

What adventures could you have for $27 a day? You might be able to camp in a National Park for that amount, if you forgo the 'smores and other "high priced" treats at the campfire. Or you could take a really, really long walk in your hometown, heading to Subway for lunch and Micky D's for dinner. 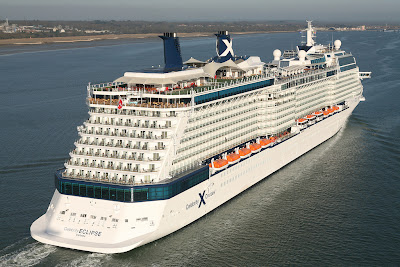 But wouldn't it be more fun to be on the high seas, gazing at the endless Atlantic Ocean,  exploring two Portuguese ports and enjoying 12 meals a day? That's a possibility if you decide to hop aboard the Norwegian Sun on September 30, for a voyage from Miami to Copenhagen. According to VacationsToGo, this 14-night sailing is going for just $379.

It's just one of several dozen "repositioning" cruises currently on sale. You get a great price, and the cruiseline has paying passengers aboard as it moves its ships from their summer to their winter ports. The downsides of such a journey (which some consider upsides): fewer and quirkier port stops, and (often) longer itineraries.

Other "repo" deals currently on the chopping block:
For these and other deals, click on the link above or head to the website of most any cruise discounter. They all have deals on repositioning cruises. 'Tis the season!
Posted by Pauline Frommer at 7:22 PM