A Travel News Round Up

Today, I've found so many small items of note, I thought it would be most helpful if I simply did a round-up, with links for those of you who'd like more information. 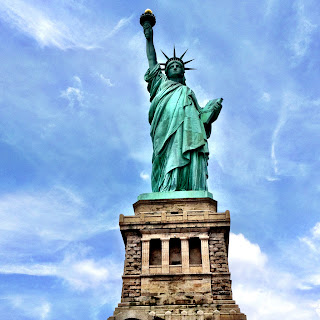 Statue of Liberty Re-Opens: A little less than a year after the Park Service closed the interior of Lady Liberty to visitors, its been announced that work is almost done. Starting October 28, tourists will be allowed back inside on a limited basis. If you're planning on heading to New York City and want to see the extraordinary interior created by Gustave Eiffel (yes, the same man who built the Eiffel Tower), keep an eye on the National Park Service website. As of this writing, it isn't yet posting instructions on how to snag one of the post-October 28 tickets, but they should be appearing shortly.

New State Department Warnings Issued: Following embassy attacks in Egypt, Libya and now Yemen, the State Department has issued new warnings on travel to the region. In particular, its cautioning US travelers to be vigilant when in Armenia, Burundi, Kuwait, Sudan, Tunisia, Zambia and Egypt. For more, click here.

Mississippi River Cruising is Back: USA Today has posted an excellent round-up of the new cruises available for this storied river. Click here for the piece.

A New, Low-Cost Way to Hop Around Asia: And its called Malindo Airways. Reuters is reporting the new airline, an off-shoot of Lion Air, will debut in May of 2013. Its initial fleet of 12 Boeing 727's will hub in Malaysia. The CEO is saying he hopes to expand to a fleet of 100 planes within the decade.