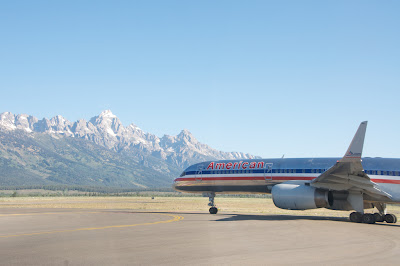 Yesterday a friend from Miami ranted on Facebook that her American Airlines flight had been cancelled and she'd been rebooked....to the wrong destination!

Rebecca's voice is just one of many in the rising tide of angry fliers who are finding American Airlines less than reliable this fall. Earlier this week, the airline was forced to cancel 5% of its flights due to a quiet "sick-out" by pilots, angry at the proposed terms of their new contract. Scott McCartney, the nation's foremost expert on business travel, and a columnist for the Wall Street Journal, warned his readers yesterday to avoid American Airlines, at least for the fall months. McCartney claims that, due to pilot actions (allegations that they're taxiing more slowly on the runway and calling in problems with parts that aren't an issue), only 39% of American flights arrived on time this past Monday.

All this poor press can't be good for the already unstable carrier, as it tries emerge from bankruptcy and forge a merger with another airline.

And if this massive carrier goes belly up...well, anyone who wants to get most anywhere in this country is going to find themselves with severely limited--and much pricier--options. Let's all hope American can get their act together...and soon!
Posted by Pauline Frommer at 9:13 AM