A Grab Bag of Travel News

HUGE Savings on UK and Spanish Hotels
Travelodge's quarterly sale is back, reducing room rates across the British Isles and Spain to as little as 15 GBP per night. I've taken advantage of their past sales and while these aren't fancy properties, most are clean, comfy and quite friendly. Plus that remarkably low rate will cover rooms with pull out couches, able to sleep four.

The lowest prices go quickly (they'll be gone by the end of the day today, most likely) so head to the link above ASAP. 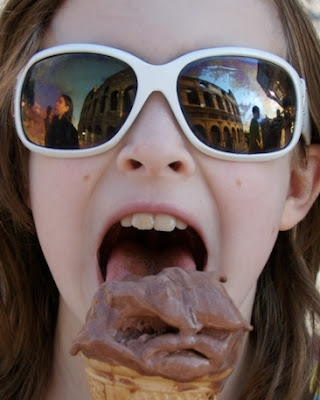 Drop That Gelato!
A new law went into effect in Rome earlier this month outlawing picnics near (or on) historic sights. Tourists who were munching on sandwiches at the Trevi Fountain got a stern warning to move on, according to the New York Times. But it could have been worse: eating in off-limits areas can now incur a fine of up to 650 euros!

Sandy Threatens (And So Does Air France)
As I write this, Tropical Storm Sandy is gathering strength and wreaking havoc on cruise and air schedules. Its set to make landfall in Jamaica tomorrow.

If you're scheduled to fly anywhere in the Caribbean or along the eastern seaboard of the US in the next few days be sure to check in regularly with your travel provider.

Be diligent about checking in, also, if you're scheduled to fly Air France this Friday. A strike has been announced, though the airline has vowed to get its customers where they need to go anyway. Bon chance!