In two years, will Orbitz, Expedia and Travelocity still be around?

That may sound like a nonsensical question, but these online travel agencies, and the rest, are under increasing attack by both the hotel and the airline industry, neither of which enjoy paying commissions to middle men. If these two forces make it so tempting for consumers to buy from the source, well, these third party sites could be in serious hot water. 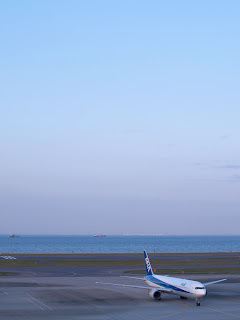 The latest salvo in this quiet war comes from the Air Transport Association, which announced, at a meeting in Abu Dhabi last week, what it's calling a "new distribution capability" (according to USA Today). What that means: a number of airlines will be experimenting with ways to customize tickets and fees.

The first step: gathering information from customers. Airlines will ask consumers to register their frequent flyer status, credit cards, and travel history in a special form.

Then they will use that information to customize deals for would-be passengers when they're searching for tickets. A frequent flyer, with say, Delta, might be offered lower bag fees if he books directly with that airline. Or a person who booked directly with United might be offered a seat with extra legroom, all fees waived if she pays directly through the airline site.

The airlines claim they can't offer these sorts of deals to people shopping third party sites because those websites foster anonymity.

It's a canny strategy, and one that I'm sure many consumers will find quite tempting.

But this new way of selling tickets does have serious downsides for the traveler, foremost among them the disappearance of the consumer's "bird's eye view". If customers are searching for flights only on the airline's websites, they won't be able to easily compare-and-contrast ticket prices from one airline to the next. Nor will they be able to see itineraries that use one carrier for the outgoing leg and another for the flight home, cutting costs by mixing and matching. Currently, its these types of searches, and the ability to combine airfare and hotel (and sometimes cars) into money-saving packages, that make the online travel agencies so rightly popular.

I also have to wonder if this sort of strategy will pass muster with the Department of Transportation or if the airlines are getting into anti-trust territory here? The fact that the plan was announced by the Air Transport Association, rather than an individual airline, suggests collusion and that could be seen as being antithetical to free trade, don't you think?

I'd love it if someone with expertise in travel law would chime in!
Posted by Pauline Frommer at 8:56 AM