And that freebie is for everyone, not just veterans. Though in honor of the holiday, there will be a number of special events having to do with war history. To quote a letter I got from David Barna, Chief Spokesperson for the National Parks Service: 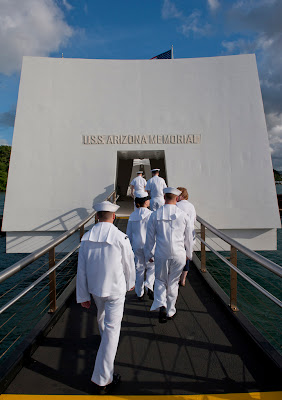 "To honor veterans, all 398 national parks will offer free admission to everyone for the three day Veterans Day weekend (November 10-12)," he wrote. "Parks across the country, including many battlefields, will hold special events honoring veterans including reenactments, living history encampments, artillery demonstrations, concerts, talks, and tours. The national parks include those magnificent scenic wonders cherished by all Americans. But the system also includes places that honor the sacrifice of veterans throughout our history. Sacred places, like, Gettysburg, Fort McHenry, Andersonville, Valley Forge, Fort Scott, Port Chicago, the USS Arizona, and the monuments to our veterans located on the National Mall in Washington, DC. Even the White House, burned by the British in 1814, is a national park."

He went on: "These are the places Americans have fought and died for since the Nation was founded. We also preserve those symbols of our freedom and liberty (like Independence Hall and the Statue of Liberty) and places that highlight the struggle for civil rights as we commemorate the 150th anniversary of the Civil War.

"Many recent veterans are discovering that parks are places to help them to heal and readjust to civilian life. And they are also places to work. More than 15% of our employees are veterans. We have a Wounded Warrior and Operation Guardian liaison who matches veterans with NPS jobs. These veterans are continuing to serve their country by working to protect our nation's treasured places."

Impressive, eh? I can think of no better place to be over that weekend than at a National Park.
Posted by Pauline Frommer at 12:00 AM