Which Frequent Flyer Program Should You Join?

And I ask that knowing the question might be moot for those readers who live in areas dominated by just one carrier (a common scenario).

For the rest of us, being loyal to the right airline can make the difference between using the miles accrued to get actual air tickets...or just another subscription to Sports Illustrated. 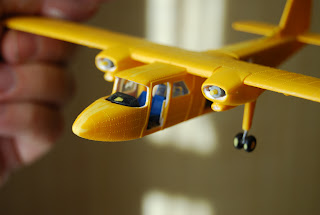 The industrious folks at IdeaWorks decided to research the issue last year, and placed over 6000 online requests for tickets using miles to see which airlines were most likely to award the seats. They repeated the experiment this year (again with 6000-plus requests) and the results are heartening.

With a few exceptions, most of the airlines did better this year, bestowing more award seats for the asking. Southwest Airlines is still the most generous, awarding seats 99.3% of the time (its record last year as well). In second place is Air Canada with an 82.1 % record (down about 11 points from last year, unfortunately). JetBlue came in third, awarding seats in 79% of the cases.

The newly betrothed Continental and US Airways tied in the percentage of requests they are able to fulfill (71.4% each). It'll be interesting to see if their amount fulfilled will remain at this high a level next year, as these programs announced significant changes to their newly combined program last week. The most important change? Pay more to get more miles. Those who book First Class, for example, will receive 2.5 times the number of miles for their time in the sky. Will this new system increase the number of miles awarded, and make it harder for regular passengers (ie those who buy coach) to redeem? Only time will tell.

But back to the survey. US Airways had the worst record, turning away 75% of the requests it received from mileage holders for actual seats. Delta was only slightly better with a record of being able to accommodate 27% of the requests.

To read the complete list, as reported on by USAToday, click here.
Posted by Pauline Frommer at 12:01 AM