Fare Transparency: Good for Consumers, Alarming to Spirit Airlines (and Other Carriers)

The look of airfares is going to change tomorrow.

No, they're not going up. But they may look that way, thanks to a smart new law. The Department of Transportation is now requiring that carriers advertise their fares with taxes included. So no more finding a great fare, and clicking on an ad only to find that with taxes and fees, its out of your price range.

Most consumers are darn pleased about this new fare transparency.

The airline industry? Not so much. 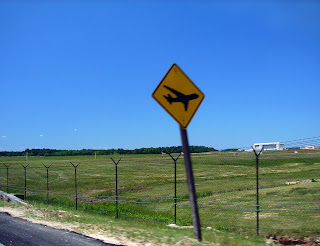 In fact, yesterday Spirit Airlines sent out a warning letter to its customers playing on everyone's most paranoid, big government fears. It read (in big, bold black and red type): "WARNING: New government regulations require us to HIDE taxes in your fares." Spirit goes on to say that including the tax in the fare will allow the government to up it without anyone noticing.

Its a rich conceit, especially coming from an airline that's made millions hiding its extra fees from travelers (everything from fees for carrying bags onto planes to fees for getting a ticket printed at the airline counter).

At the end of it, Spirit suggests that travelers contact their Senators and Congressmen to complain about the new regulations. A link is provided to making do so easier.

So do what I did: click on the link and use it to thank Department of Transportation Secretary Ray La Hood for introducing some sanity into the way airfares are advertised. The new regulations are a great improvement and will make booking a vacation a less fraught challenge than it used to be.

Other long-awaited regulations that go into effect tomorrow:
Hooray for good governance!
Posted by Pauline Frommer at 3:54 PM